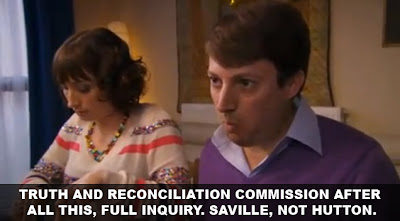 I've now finished the politics part of my degree, and can confidently answer the seemingly complex question: What is politics? It's a bunch of cunts being cunts. But apparently you can't write that in an exam. This week saw these three instances of cunts being cunts:

3. Nigel Farage made the fatal mistake of opening his stupid mouth, and from the saliva-filled black hole of self-awareness came the accusation that the Scottish protesters were "yobbo fascist scum." These protesters had besieged the UKIP idiot in Edinburgh's Canons' Gait pub, which is incidentally where I first saw the brilliant Robin Ince perform. In fairness to Nigel Farage, it can't be easy constantly refuting claims that your party is racist when all its candidates keep getting caught doing Nazi salutes and denying the Holocaust and being racist. But as its website so speedily asserts, UKIP is a "non-racist party", so who cares about all the pesky evidence to the fucking contrary? With all that in mind, you'd have thought the cunt from Kent would think twice before throwing around the accusation of fascism. The hypocrisy of Nigel Farage, a man so mindlessly nationalistic that his policies include a five-year freeze on immigration, calling the Scottish nationalists "fascists" is simply laughable. Haha.

2. You'd have thought self-awareness couldn't plummet much lower than that. But this is British politics, so it definitely can. An anonymous source close to the Prime Minister has apparently described Tory activists as "mad, swivel-eyed loons." This angered Tory activists, who totally disproved the remarks by demanding a "full-scale inquiry", their loon eyes swiveling like mad.

1.  Surely self-awareness can't sink any lower? Oh wait, here comes Philip Hammond. The creepy fucking children's nightmare complained that gay marriage upsets too many people. Why can't those selfish gays stop their fight for equality and just think about all the Tories they're upsetting?! Look Philip Hammond, gay marriage is definitely going to become legal despite your party's best efforts. Why would you keep reasserting your bigotry? Just shut up; you'd be doing a favour to yourself, your party and most importantly, me.

Thanks for reading, I'll leave you with the Catch 22 song from which this blog takes its name. And talking of third wave ska, Greece should have won Eurovision. Hey, do you think Nigel Farage was secretly watching? 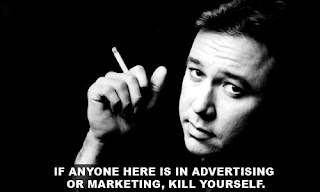 Another trip to the cinema (Dead Man Down, crap), another bunch of awful adverts and trailers.

Everything about this advert is loathsome; their smug fucking gurning, that awful ad-rock music, the weirdly disgusting name Freederm...

Just when I thought I'd found this year's film with the dumbest premise (Upside Down), along comes this big pile of stupid. Why would making all crime legal for one night a year make unemployment fall to 1%? How would it stop people committing crime the rest of the year? What stupid fucking government would do that? Apart from ours maybe. It just seems like the makers of this film haven't stopped to think about it for a single second.

Then I watched the fantastic Stoker, and my faith in the world was (partially) restored. Here's Dire Straits. 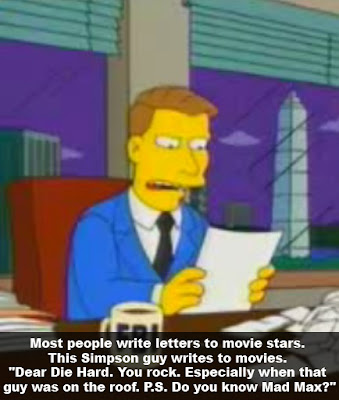 As you know, I love everything in the world, with the exception of three things. One of those things that I love is films set in tower blocks. 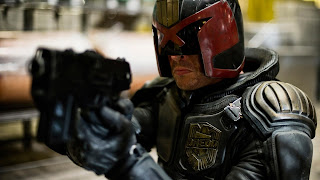 Karl Urban's chin fights its way up a 200-storey tower block in this explosive comic book adaptation that's loved by people who haven't seen The Raid. 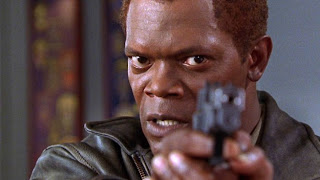 Samuel L. Jackson and Kevin Spacey star in a gripping thriller about a hostage negotiator who ends up taking hostages himself in, you guessed it, a tower block. According to IMDb, Sylvester Stallone was meant to star but turned it down, as part of his ongoing refusal to be in good films. 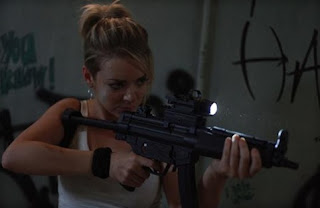 This aptly-titled British thriller sees the residents of a decrepit tower block (where else?) trapped by a sniper. It's a nicely tense piece of writing by James Moran, who joins Caitlin and Dylan in the ranks of great Morans. 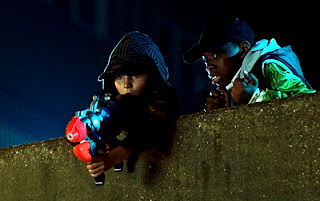 Joe Cornish's debut feature is a quotable comedy in which aliens invade a South London bungalow. Just kidding, it's a tower block. 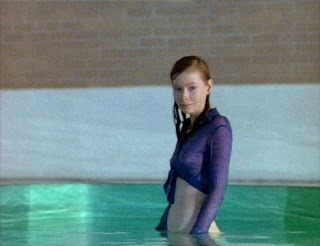 A sexually-transmitted parasite spreads through a Canadian tower block, causing rampant sexual desire and icky bodily mutations in its residents. This was the breakthrough film for the master of body horror David Cronenberg, and bizarrely was co-produced by his friend Ivan Reitman, who would go on to make weird comedies starring Arnold Schwarzenneger. Actually, the films of Reitman and Cronenberg aren't so different; Twins is like Dead Ringers (which was even going to be called Twins until Reitman bought the title from Cronenberg), Kindergarten Cop is like Eastern Promises (spoiler alert) and Junior is like The Brood (and practically everything Cronenberg has done). 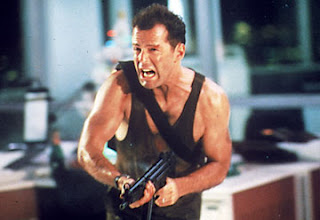 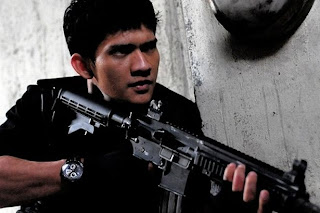 The best tower block film has to be this head-hammeringly violent Indonesian martial arts movie, about a police squad's brutal battle up a run-down high-rise. Watch it. Your jaw will be in your throat and your heart will be on the floor. I can't wait for the sequel - and that's a sentence I never thought I'd say.

Thanks for reading, and there's a prize for whoever can spot the odd one out, visually speaking... I'll leave you with the Thievery Corporation song responsible for this whole sorry affair. Next time, my Shed Seven!
Posted by Daniel at 20:06 2 comments: